realme gears up for its next announcement after kick-starting the realme C3 hot flash, and now onto the realme C3 first sale. The first sale will launch on the 26th of March

introducing the Triple Camera, Game Monster to the Egyptian market.

minutes.  realme has received extraordinary support from the public mentioning that “the gaming performance on realme C3 is awesome” and that it is the “most powerful, long-

lasting budget phones on the market!” realme C3 anticipates introducing its first sale to the market. While realme 6i begins its pre-orders on SOUQ starting April 1st- April – 6th.

The camera features of realme C3 are truly unique and certainly at a valuable price. The

with a flagship 12MP main camera, 4CM super macro lens, and a new lens algorithm for

Most importantly, realme C3 is the world’s First MTK MediaTek Helio G70, and according to

realme supporters, they consider “realme C3 is ready to become a king of an entry-level

Meanwhile, realme 6i introduces an upgrade to the market compared to realme 5 especially

in the Quad Camera features that improved from 12MP to 48MP. This Game Monster is also

famous for its AI Quad Camera with 119° Ultra Wide-angle Lens. Only to supported by a

long-lasting battery life of 5000mAh Massive Battery and 18W Quick Charger, that was

previously launched in realme 5 with a 10W. realme 6i is ready to unleash its power to the

Egyptian market, introducing the first sale announcement on the 7th of April.

Cybersecurity Lessons From the COVID-19 Pandemic By John Kindervag, 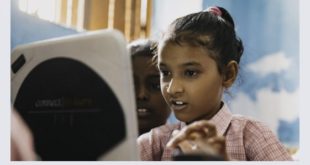