this year it has fulfilled its recognition by earning 35 million worldwide users. According to

Counterpoint, realme has documented another milestone after maintaining its 7th rank in

the global smartphone industry in Q1 of 2020. realme’s rapid growth continued by earning

10 million users only in the last four months. realme has also realized another sales record 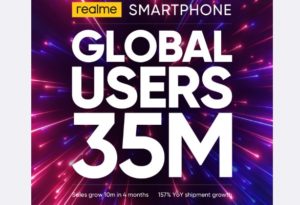 shipments by 157% year-on-year, ranking the first in the world. Despite the fast-global

decline in the smartphone market in the first quarter of 2020, realme is one of the two

Plummet Below 300Mn, Counterpoint). In addition, to its continuous growth branching out

to its various markets. According to the IDC (International Data Corporation), Egypt has

achieved growth in realme’s smartphone brand share to 12.5% by units and 10.4% brand

realme, the “Popularizer of Tech Trendsetter Life” introduces realme C3i to the Egyptian

will be available in the market in one version the 3 RAM, 32 GB with Helio G70 Processor.

In this edition you can start by saying goodbye to daily charging, by featuring a massive

battery life of 5000mAh. Compared to the snapdragon 439, the realme C3i features various

advantages closely matching it to the snapdragon 660 and 665. As for its material, that has

been manufactured with Corning Gorilla Glass 3, an

environment friendly Aluminosilicate Glass which featuring a 6.52inch full screen. As for

the camera features, its photography game includes a dual rear camera with an additional

portrait lens and a selfie camera supported by an automatic HDR mode. In addition to its

ability to support 3 card slots with a realme UI design. As for its ID design that is inspired

by new technology appearing more colorful and, with a very cool optical texture effect. The

idea is to feel comfortable, at the same time not easy contaminated with fingerprints, and

effectively preventing scratching and sliding. The C3i come with the price 2,190 EGP.

realme discovers a new generation of a wireless experience with its, Earbuds wireless and Buds Air

offerings resulted in trendsetting technologies. The Earbud wireless available in one

buds to offer the best bass and sound quality. 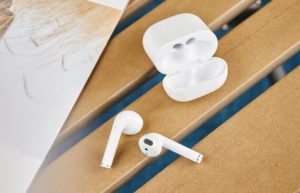